Understanding the Role of Nutrients in Human Immune Response Metrics 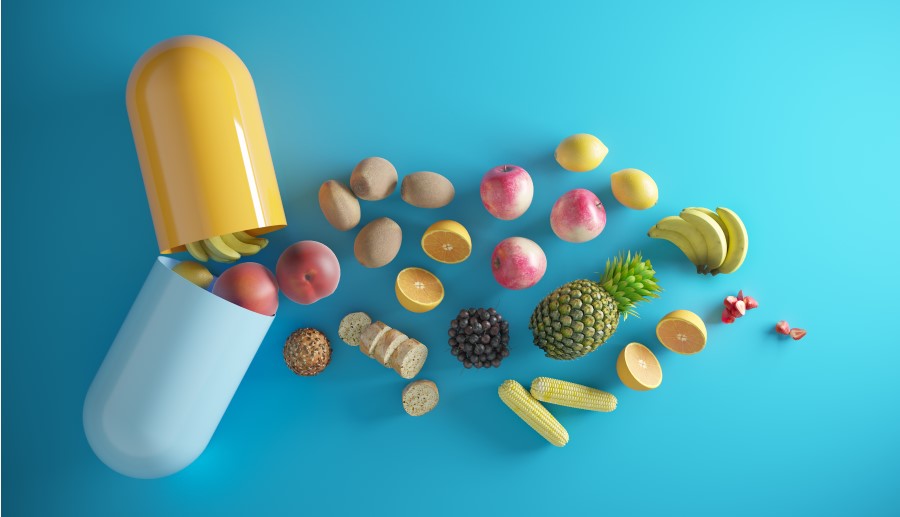 If the year 2020 has taught us anything, it is to recognize that the human condition is not devoid of existential risk.  The declaration of a Pandemic in spring of 2020 by the World Health Organization based on an outbreak of SARS-Cov2 (aka Covid-19), a coronavirus with sinister attributes causing significant damage to the global population, has justifiably brought renewed interest into the field of immune modulating diets and supplements.

Early on in the fight with this outbreak, doctors were tasked with treating vexing conditions such as abnormal vascular function, the eruption of cytokine storms, bizarre symptoms of all sorts including peripheral vascular challenges, and greatly reduced blood oxygenation.  Often the virus attacked the elderly with increased ferocity where these people suffered from other underlying conditions – often related to diabetes, cancer, obesity, or an institutional diet with minimal nutritional profiles.  Medicine was at a loss to clearly understand or identify the appropriate treatments to this disease given the variable symptoms presented which were inflammatory in some patients, and yet somewhat benign in others.  The deployment of ventilating machines often did little to manage the root causes of the problem, and may have exacerbated mortality in final analyses.

For the past several decades, significant research has been conducted on the role of foods, phytochemicals, select nutrients and micronutrients, in providing oxidative stress protection in humans.  Multiple studies were conducted on intake of Vitamins C, E and Beta Carotene, often with mixed results.  Additional work was conducted on catechins (from teas), seeking linkage between biological activity and modulating innate or adaptive immunity responses.  Historically, governments and the scientific community of physicians have refrained from providing supportive commentary on the role of dietary supplements in the management or prevention of disease.  This all changed in 2020.

In a seminal published article in Frontiers in Immunology (15 January 2019) Drs. Wu, Lewis, Pae and Meydani concluded, “It is well-established that nutritional inadequacy greatly impairs the functioning of the immune system.  In addition, it is increasingly recognized that nutrient intake, above what is currently recommended, may beneficially affect immune function, modulate chronic inflammatory and autoimmune conditions, and decrease infection risk.  This includes both macronutrients (lipids such as n-e PUFA) and micronutrients (Zinc, Vitamin D and Vitamin E), in addition to phytochemicals and functional foods (probiotics and green tea).  Many of these nutritive and non-nutritive food components are related in their functions to maintain or improve immune function including inhibition of pro-inflammatory mediators, promotion of anti-inflammatory functions, modulation of cell-mediated immunity, alteration of the antigen-presenting cells (APC) function, and communication between the innate and adaptive immune systems.”

The focus of their research would prove to be most useful by those on the front lines of the Covid pandemic in their quest to administer anything that would alleviate the suffering, prevent or retard the rate of spread, and seek to better understand the mechanisms by which the immune system could be nourished to produce more robust responses to the virus.

Oxidative stress is part of the pathology associated with a number of health challenges. In 2015, scientists from China provided carnosine to mice afflicted with an acute lung injury. Carnosine was shown to increase survival and significantly ameliorate pathological lung conditions including lesions in the lungs. It decreased the lung wet/dry mass ratio in mice with this specific influenza strain by acting as an antioxidant. Combining with other clinical studies of beta-alanine to increase carnosine levels in our bodies, it demonstrates that the use of a dietary ingredient can have an important role in mitigating the immune responses to some stressors associated with various challenges affecting the quality of one’s life.

Significant work has been done on ascertaining the role of Vitamin D in the immune system.  Most immune cells express Vitamin D receptor and some can produce 1-alpha-hydroxylase.  The result of this unique situation is both systemic and locally generated Vitamin D in a biologically active form can act on VDR expressed by immune cells in endocrine, paracrine and autocrine manners.  In such manner, Vitamin D has been shown to broadly impact functions of immune cells in both the innate and adaptive immune system, as well as the antigen-presenting cells (APC) that links the two arms of immunity.

The effects of Vitamin D on monocytes and macrophages are recognized the earliest and also have been the most intensively studied.  Vitamin D, by stimulating a host of innate antimicrobial immune responses can enhance elimination of invading bacteria, viruses and fungi. Doctors around the world are now calling for Vitamin D supplementation to support immune function and protect against the covid 19 infection and severity of illness, and identifying the high prevalence of vitamin D deficiency and insufficiency in many countries, especially in those at higher risk for infection.

Much has been written about the drug known as Hydroxychloroquine, a synthetic version of an anti-malarial drug patterned after the natural chemical of quinine, oft associated with Tonic Water.  When malarial transfer was correctly identified as carried by mosquitoes instead of ants (originally thought), quinine water was apparently the only effective treatment.  The drugs chloroquine and hydroxychloroquine were developed some 60 years ago, have been widely used since, and malaria has been largely controlled with their prophylactic use.  The theory espoused by early adopters in the fight against Covid was that this molecule would act on the human body cells to be open to uptake of the micronutrient Zinc, which is well-recognized as a key defense against viral-replication.  In order for any coronavirus to establish residence in the host human, the virus must first enter the cell and replicate itself quickly, thereby infecting neighboring cells where the process is repeated.  When Zinc is present within the cell that process is arrested, and the virus cannot replicate, but is rather isolated by immune response actors and subsequently destroyed.

Recently, the role of HCQ (Hydroxychloroquine) was accepted by leading medical authorities and journals as an appropriate primary response to infection by Covid-19 – along with other treatments, including Zinc supplementation.